The Saga model is a long transaction solution provided by SEATA. In the Saga model, each participant in the business process submits a local transaction. When a participant fails, the previous successful participant is compensated. One stage is positive serving and The two-stage compensation services are implemented by business development. 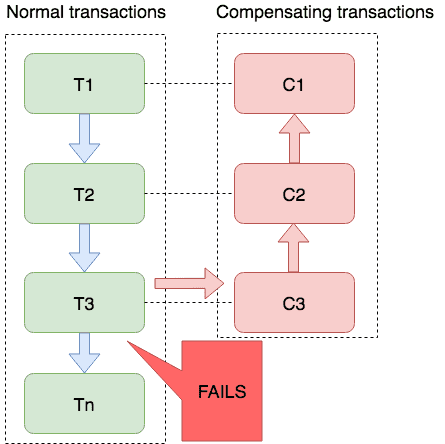 Currently, the Saga mode provided by SEATA is implemented based on the state machine engine. The mechanism is:

Note: Whether to compensate when an exception occurs can also be determined by the user 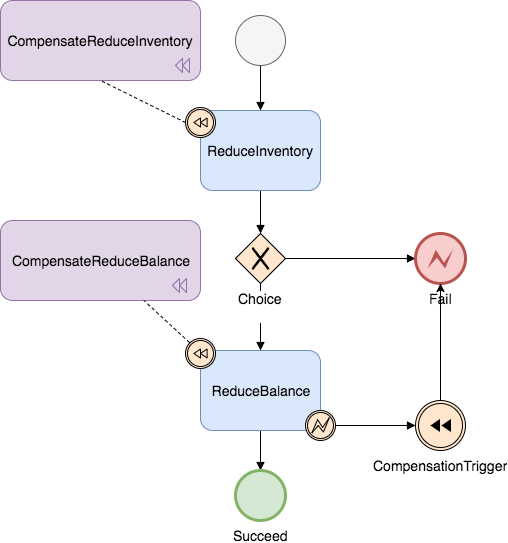 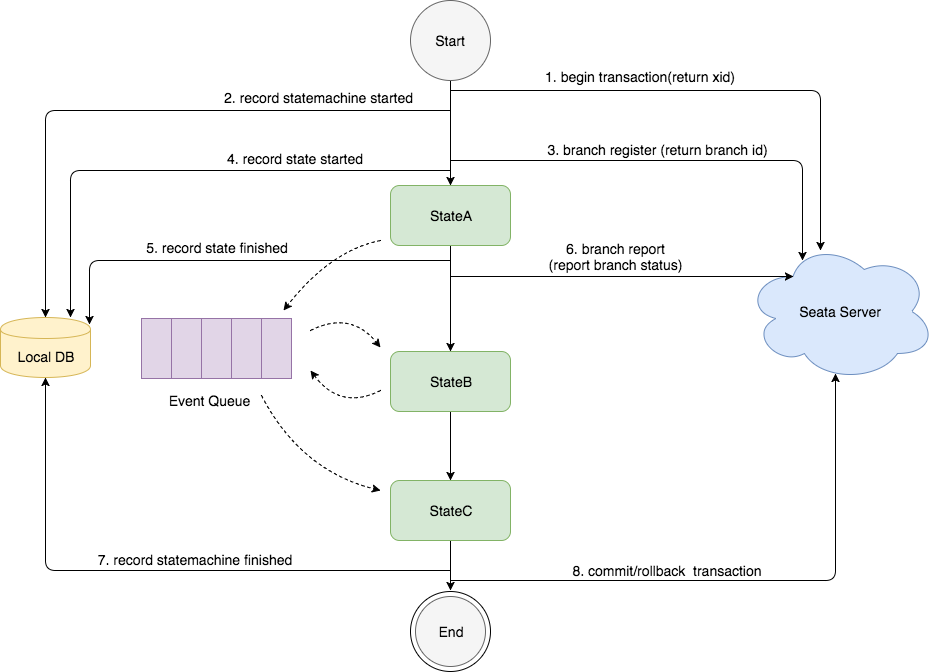 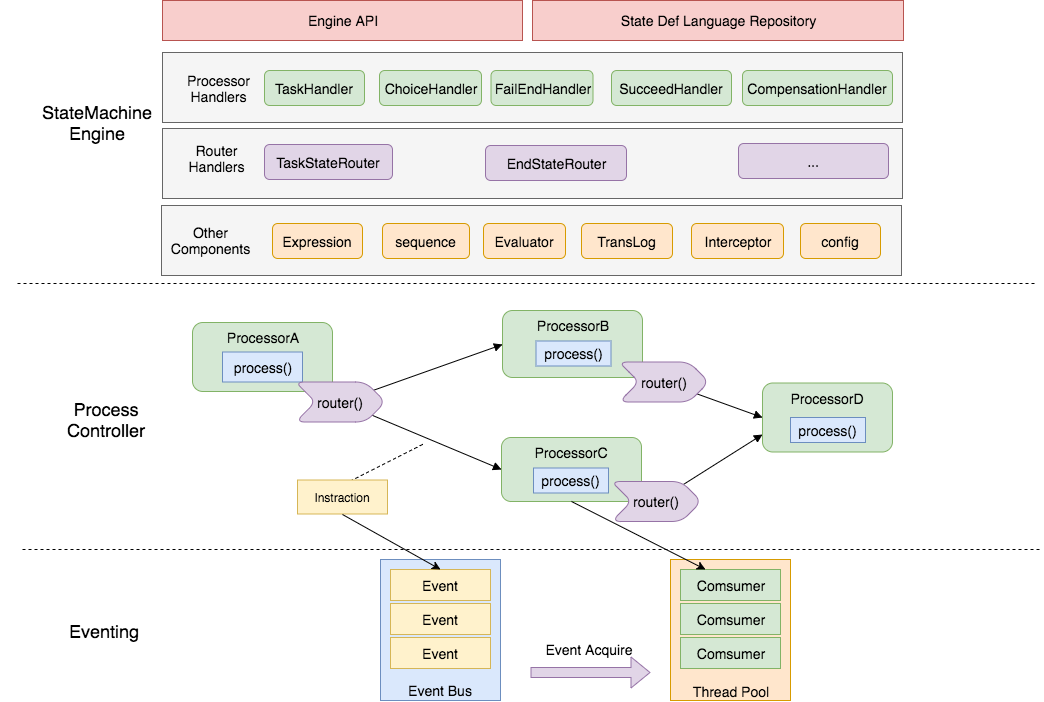 The design of the state machine engine is mainly divided into three layers. The upper layer depends on the lower layer. From bottom to top:

Based on the above two layers, in theory, you can customize and extend any "process" engine